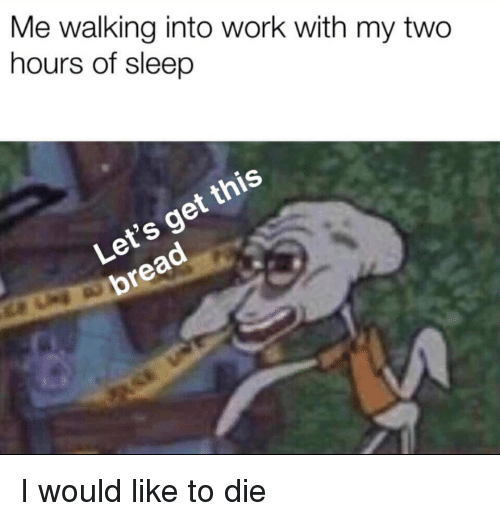 We love a good self-deprecating post. It is kinda fun though because it is easy and I can say anything I want about myself and I won’t offend anyone, unless you are literally the exact same as me. Multiverse?! But yeah, some of these things are kinda basic but, being a person with a typical low self esteem, I feel a lot of things make me feel stupid. I’ll only list a few things today though so I don’t make myself look like an actual idiot. This is just for the lols as well guys so don’t get too offended or like anything like that.

This one doesn’t make me feel so much as stupid as it does untalented. Like I really have 0 talents and it shines through in paint by numbers. My mum got me one and it is really fun and I enjoy it like, but I don’t know if my hands are too shaky but I can not keep it neat and I can’t keep it even either, like you can tell there is more paint in some parts. I can also tell that art is not my strong point because I just can’t figure out how much paint I need for a certain bit and I end up getting none on my brush for a big section and then literally the whole wee tub for a tiny section. You do have to admit though it can be quite hard when you have the little bits and, me already being quite blind, has to go right up to the picture as though I am freaking lying down or some shit. Do you guys get that in school where you like realise that when you are writing your face gets so close to the table and you are like when the fuck did that happen. I always find that and get super embarrassed because there really is no need for me to do that.

Another thing about paint-by-numbers that I know every fucking one of you understands is how hard it is to open the lids of the paint. Like they are so tiny and literally hurt and you are scared it is just going to go flying everywhere when you do. I am better than a few years ago I must say but like some are so hard and I really do feel defeated by a piece of plastic. It defo fits into the same category as that other packaging that knives or scissors are in and can only be cut with knives and scissors so you are screwed because the thing you need to open it is the thing that you are trying to get out. As you can tell, this is quite a passionate topic for me

This happened like literally 10 times yesterday and I know a lot of you guys, if not everyone, will feel the same way. There are a few things withing this category that I want to mention, the first being that you can’t understand what the person is saying and you ask them again and again and eventually just go off their cues. Like I had asked my friend to repeat herself twice already and then I saw she smiled so I was like “aha oh really” and like nodded my head and smiled. She could have been saying absolutely anything and I would have no clue. Then you just awkwardly stop talking because you don’t know what to say after and you spend the rest of the day trying to figure out what they say. And sometime when this happens and you think they said something but you are like what does that mean so you say what you think they said out loud and they are like what the fuck that isn’t what I said lol and then when you hear yourself say it you realise you are so dumb and it was so obvious. Like say my friend was talking about cinema’s or whatever and I was like “who’s cinema” and then I would be like that was so stupid. That was actually the worst example I could have used lol but we move.

Another thing that makes me feel stupid is when you are having a conversation and you either can’t pay attention to what they are saying for some reason or you can’t keep track of it and despite the fact you were listening, you don’t know where that part of the convo came in. It is so hard though whenever you can’t pay attention to someone who is talking but you want to and then you are thinking too much about trying to listen that you can’t actually remember what they just said but now they are asking you a question that gives no indication of what we were talking about like “what do you think” and you just panic. That literally happened to me at my job interview and I nearly shit myself. And then when you get into the position of not understanding when that part of the convo went in and you have to ask so many questions that they probably just explained like “so what was that cat? Whose was it? When and where did you find it?” And you realise you just asked the whole fucking backstory that doesn’t even matter and then sometimes you still don’t know what they are on about

When I say drinking, I don’t mean like alcohol or whatever, I just mean the action of drinking. I just can never seem to understand basic physics in the moment I am drinking from a bottle. The number of times I drank too much and had to literally drown for a second so I didn’t spit anything out is actually ridiculous. It happened so much on online school too because my camera was off, luckily, and I was bored as fuck so I would just be looking into space and the only thing I could do was drink more water and then I just didn’t grasp that if I picked up the bottle quickly and brought it to my mouth then a wave of water would happen and end up going all over me. It was so humiliating despite the fact I was the only one in the room. Do you think that someone has actually died from swallowing too much water and literally not being able to breathe. It hurts to doesn’t it. And I always seem to miss my mouth when drinking out of a glass and I am like “hmm why is there water going down my top” and then I’m like oh cause I’m an idiot. What I also hate is when you just took a drink of water and someone makes a joke and you have to literally fight for your life to not spit it out everywhere. You literally look like a puffer fish and it is not ideal.

This is one of the examples where it makes me feel dumb but I am glad I’m not one of them. Like I genuinely feel bad for those kids because they defo have no friends or spend time doing normal stuff and they will become depressed and like become a hippy. That is true though. I mean great if you child is smart but like why put them in a competition that, if they doesn’t win, will make them think they are dumb but they really just aren’t. And some of the things they have to do aren’t even good for life. Even some school subjects are more useful than what they do. They have to fucking learn the order of a deck of cards and like all of the streets in London which is literally one of the hardest tests and adults struggle to do it. And the spelling bee… don’t get me started. I had to use auto-correct to spell geniuses. That is no joke. The spelling bee is better though but literally makes me feel dumb as fuck. It also cracks me up though. They are so proud of themselves and literally spell the most fucked up words. Iridocyclitis

Anyways, I hope you enjoyed this post and if you did don’t forget to like, follow and comment what else makes you feel stupid and see if anyone else can relate. But yeah, I’m going to go a do things that make me feel a bit smarter than usual like watching Dora the explora. I can always find the things before she does, lazy bitch. But yeah, I’ll see you tomorrow for even more. I hope you have a great day, stay safe and stay yourself PERIODT