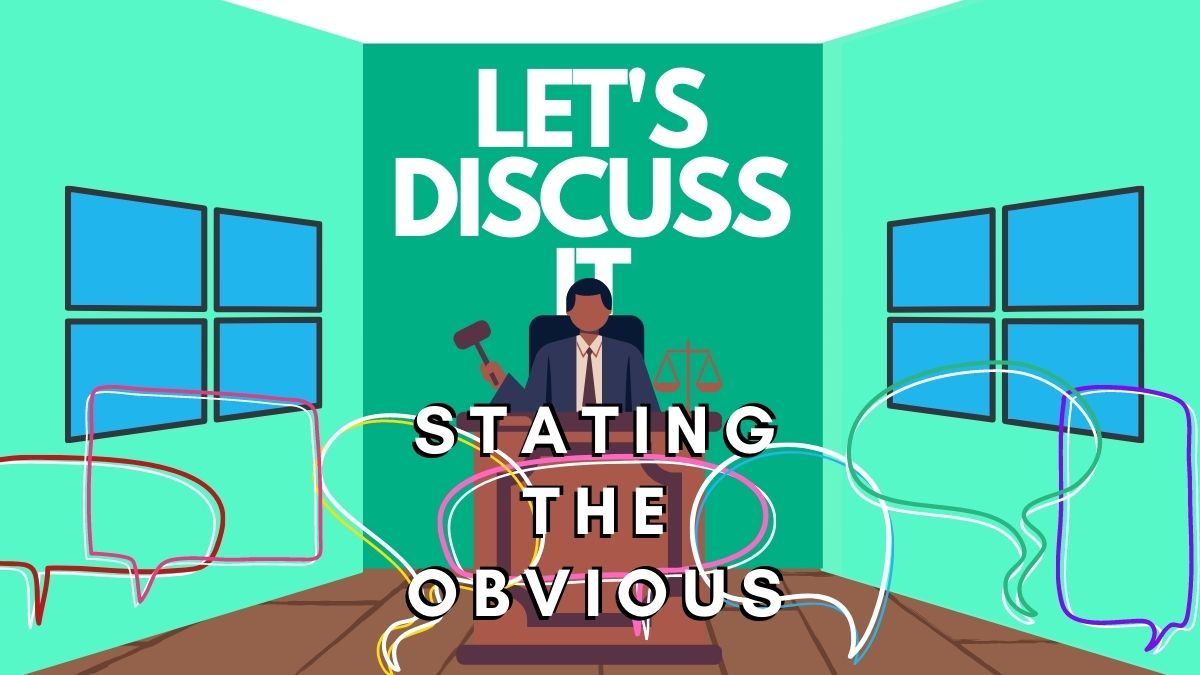 I’m not really an angry person if I’m gonna be honest and although this doesn’t really make me that angry, it gets me in that manic laughing phase which is kinda fucking scary. Like you know that point where you just look at someone who just said something to you and you don’t have any words to say because they just said something really idiotic so all you can do is laugh. That is what happens to me when people state the obvious. I can’t do anything but laugh. I’ll give some examples though so that you can help judge whether or not I’m a dramatic bitch or if we are both dramatic bitches 😮

Tomorrow Is a New Day

No shit sherlock. I mean is that supposed comforting? Yeah, I guess it is a new day because of fucking common sense and science, but so what I’m still gonna have the same problems or have to face the embarrassment of the day before. Say I failed an exam and was just sad for the rest of the day or something (that was a shocking example but get over it) then somebody would come over and say “it’s ok, tomorrow is a new day”. And then they’ll just sit there acting like Shakespeare or some shit because they have such a way with words. It’s just as well I have corona so I can’t smell the amount of shit coming out of you is unbelievable.

I have had a lot of people say this and it’s usually in such a passive-aggressive tone and I’m just there like obviously because I happen to not be blown into smithereens. Just because I am worried or stressed to do something doesn’t mean I think the world is gonna end. To be honest that would be better. I would welcome it. Tell me the world hasn’t ended and I’ll be sad. But then you’ll come out with the whole “tomorrow’s a new day” and that’ll make me worse again. It’s a cycle of stupidity I suppose. Maybe some people get comforted by the predictability of life and how no matter what happens the world goes on, but to be honest these phrases are comforting because I realise I am no longer the biggest idiot.

This one can come in many different varieties but that doesn’t make it any more quirky than the other examples of stating the obvious. In fact, it is the most annoying of them all so far. I’m talking about when you are about to open the door and you’ve got your dog on the leash and some person peaks around the door and goes “oh, are you going on a walk?”. First of all, who are you and how the fuck did you get into my house. And secondly, obviously. I’m not just standing in the hallway for the fun of it. It’s just so aggravating because the person who says this comes from nowhere and it just makes you wonder why they asked. Most of the time they don’t have a reason. Like they’ll make it so dramatic like “OH…” and you’re like for fuck sake what’s the problem. And then when you say “yeah” they’ll disappear with no explanation and you stand there in disbelief. Did you need something or…?

So I know this fits into the other category but to be honest it needs its own sub-heading. It’s the funniest and most disappointing in my opinion. Like are you really expecting an answer and if so what answer? At least ask if they are awake because then they can answer logically but I find it’s so awkward for both people in this situation. Like you can poke your head around and see they are obviously out for the count and you will genuinely ask “are you asleep?” as if you are expecting them to answer with “yeah, what do you need?”. And also if some asks you “are you asleep?” I don’t know why but I find it so awkward to be like “no…” like what the fuck.

I also have a twin so obviously there are times when I’m sick of her shit so I’ll just try to act asleep, so obviously I don’t say anything and then she’ll go like “you literally aren’t asleep” and continue to laugh out loud and make me wake up so even if I was asleep I would then be awake. Like if you were going to accuse me of being awake either way then why the fuck would you bother asking in the first place. Luckily we no longer share the same room.

I could do a whole range of other examples but you obviously don’t need to read all of them because, unless you are some literal foetus genius who can read this, I’m sure you know exactly what I’m talking about. If you don’t have anything useful or beneficial to say, just keep your mouth shut and save us both from an awkward situation. It just isn’t ok and while you may think it is helpful, it really isn’t.

Honestly, instead of stating the obvious people should just state a really random, unknown fact. That would be so fucking hilarious and would definitely distract you from whatever it was you were thinking about. Imagine you were just bummed out one day and someone came, sat beside you and said “If you point your car keys to your head, it increases the remote’s signal range.” Don’t you feel better already?

So now that I sound like a debbie downer and a pessimistic piece of shit, I’m gonna leave it there are ask you all to kindly like and subscribe so I can keep making this type of content for you. I would also really appreciate if anyone could donate a little change which will really help to keep this blog going. I obviously can’t ask that of everyone, so I also ask if you would be able to leave some feedback which is sometimes even better. I really value everything you say and give, and that’s stating the obvious so sorry about that one lol. I hope you have a great day, stay safe and stay yourself PERIODT.

Here for the second instalment of Discount and Deals we have TopCashBack. Not gonna lie to you, I’ve heard about this for a while and never bothered to get it because it’s one of those things where it’s “too good to be true”. I mean how the hell are you gonna tell me I can… END_OF_DOCUMENT_TOKEN_TO_BE_REPLACED

Hey everyone. Just for a time frame our current prime minister is Rishi Sunak so that means this post is accurate for at least a couple of weeks, give or take. I’m not gonna get much more political than that because I know you are all sick of hearing what crap is going on in… END_OF_DOCUMENT_TOKEN_TO_BE_REPLACED

Is Halloween Getting Scarier Due To Such High Fashion Expectations?

I myself am not someone with massive fashion sense. I tend to be late to the trends because I am never confident enough to fully commit to them as if I everyone would turn and point and start laughing at me like “I can’t believe she actually fell for it”. Don’t ask why, but that’s… END_OF_DOCUMENT_TOKEN_TO_BE_REPLACED