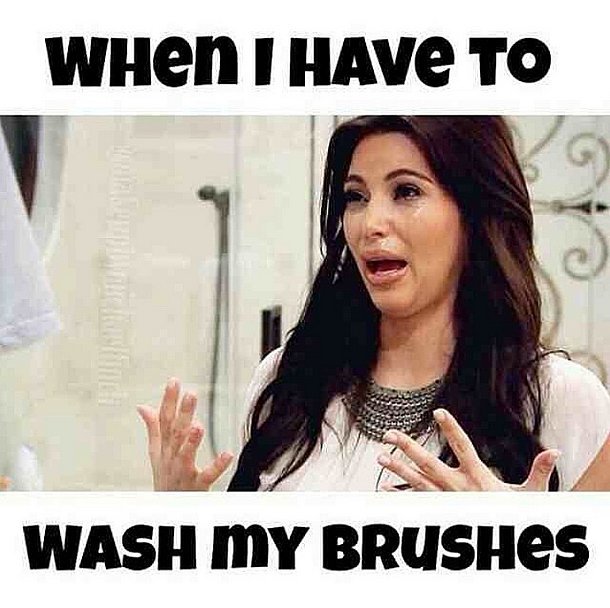 First of all, to the people who are in the comments right now saying “It’s makeup and I, not makeup and me” literally take you Hermione Granger ass outside or “I” will personally make Jeff Bezos land his fucking dick rocket on you. I mean would you slate Marley and Me for the grammar issue? I hope the fuck not so just back off Karen. But yeah, lets talk about how I attempt makeup all the time and it never looks good. Like whoever said that practise makes perfect, was an ignorant bitch.

So why am I bringing up this topic? It’s relevant but also out of the blue so like what is the problem? Well, basically I was getting ready for a party and I was putting on some makeup, as one does. And then for some reason I had the bright idea that I might use eyeliner for the 2nd time in my life. Now saying it is the 2nd time makes it a bit anticlimactic, but the first time was a shit show and it was ages afterwards so like I couldn’t have learned from my mistakes. But yeah, as you can tell, the eyeliner didn’t go well and for some reason I have good eyeliner and this hoe wasn’t coming of for nobody so while I managed to improve it, I was still looking like a raccoon. Not ideal as you could imagine. But like out of the two times I felt the motivation to give it a go, they were both when I was running out of time and going somewhere I want to look good. Like it was not ok. I don’t know why when I am rushing I just think that a bit of adventure would be fun. This is coming from the person who needs a fucking fan group to get enough motivation to brush my teeth. Like make it make sense.

Moving on… I also have to say that I don’t do makeup for just me. No, I don’t do it for the guys. I’m not that kinda bitch. I do it for everyone. Out of the kindness of my heart. Because I know for a fact that if you caught me without my eyebrows or mascara or concealer, it would be like you were in the conjuring or some shit. Like I look scary. I am pale as fuck, I have under eyes as dark as night and my eyebrows are just out of the question. It is not a pretty sight, trust me. I remember when I was younger and woke up at night and had a sore stomache so I would go tell my mum and when I opened the door my mum would jump out of her skin. I look like a fucking ghost and I have to live with that. Sure they say I just snuck up on them, but I know how I look. A creepy child in her pjs, half asleep, dark eyes, puffy hair and a teddy in my hand while I’m slightly hunched over cause of my sore stomache and then I have the high ass voice. I would have karate chopped my ass if I was my mum.

I remember I was quite late to the game of makeup. I was a tomboy for WAYYYY too long and it really was something else. But that meant I thought I was “not like the other girls”. But when I grew up, I inevitably became insecure and was like “shit”. So I don’t know much about makeup except that I have to use the lightest shade and that unless the makeup proper burns your skin, out of date makeup is fine. I really can’t be arsed to learn anything about it though because I am a perfectionist, and I have the cheapest makeup, so when mine wouldn’t turn out like the one in the video, I would lock myself in my room for a week. Like I don’t have the patience for that. And also the videos are boring as fuck. Especially when you realise most of them are either pedos or bad people *cough* James Charles *cough* Jeffrey Star *cough*. I respect the talent that makeup artists have, but I really can’t be bothered watching your videos. But hey, I keep you in a business because I pay you to do my makeup. Not that I ever have got my makeup done before but I’m sure I will in the future.

I do feel fancy as fuck though whenever I watch like a 5 second clip on tiktok of how she uses a concealer brush instead of a beauty blender because I look like I know what I am doing, and those moments are fun, but also short lived because I don’t think I do it right or just takes too long. I only just started like plucking and dying my eyebrows and shit and too be honest, I have been complimented about them, but I feel like such a pro even if I just brush them up. It isn’t that big of a deal dammnnnnn.

Anyway, I kinda want to be finished on this post now because I am just rambling at this point, so I guess I’ll see you when I see you. I’ll try to do it everyday but you know how it is. Just can’t be arsed or have something else to do. I hope you have a great day, stay safe and stay yourself PERIODT.

I’m not above a fight

See, I don’t really like it when people are cheeky to me. I mean you can be upfront and shout at me and I’ll be fine with that. My sisters have conditioned me to that. But if you are being passive aggressive or cheeky in front of me or behind my back, I won’t hesitate … END_OF_DOCUMENT_TOKEN_TO_BE_REPLACED

I haven’t posted in a while, obviously, and I ain’t gonna explain why because it’s more boring than you think. It’s not like I went on a fucking trip to the Bahamas despite the fact I hope to go there some day if corona ever goes away. But anyways, a lot has happened like me … END_OF_DOCUMENT_TOKEN_TO_BE_REPLACED

Now, I can’t really talk for the guys on this topic because, being a girl, I have never been to a guys sleepover and no matter how old I am, my mother will never ever let me go to one. So if this is different for guys, if you even play sleepover games, do please … END_OF_DOCUMENT_TOKEN_TO_BE_REPLACED