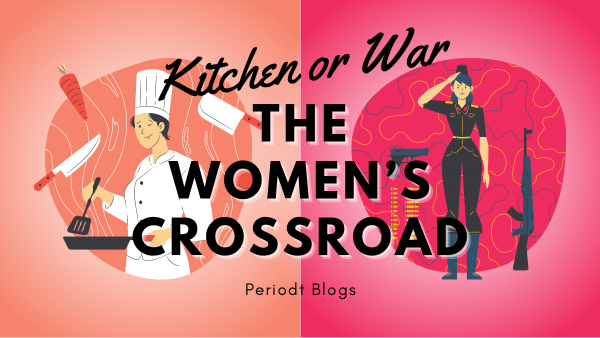 Please let me tell you that I am in fact a girl! I am not some man that is about to start slabbering about how women are supposed to make everyone a fucking sandwich and look after their kids while the man is at war. I also want to say that this is light-hearted and I don’t want any army person coming to my house and literally kidnapping me into fucking Ukraine or some shit. Like for real I don’t think you’ll be wanting me near there because I’m fucking terrified of spiders and I just know that there is some type of spider living in those crusty tanks. Like… I’m sorry no.

Anyways, now I’ve got that cleared up, let’s talk about this shit. So as you probably know, women and kids are getting sent out of either Russia or Ukraine (I can’t fully remember) and the men are told to stay because of going to war and all that. So I know that there are a few feminists out there who are absolutely raging, and I want to address that. What I am about to say might erase all of what we women have fought for, but I think we gotta take a step back and think this through for a second.

I’m gonna be honest with you, I’m perfectly fine making a casserole for dinner or dusting the shelves, for real. I’m not sure if there was a little bit of miscommunication, but when we said we wanted equal rights, we didn’t mean equal fights. Like, I feel you guys have got this covered with all your fucking ps5 games or whatever it is you do. I may be legally American, but I don’t want to hold a gun. And not to bring stereotypes into this, but I’m a blonde so I could completely foil an attack by accidentally detonating a bomb. So it would be best if I kinda stayed out of this.

On the other hand, though, I wouldn’t mind a wee bit of risk in my life. I think it would be kinda cool and that may sound insensitive because I don’t know what it is really like and I know it is actually traumatizing, but I would feel like such a boss bitch. It would be more rewarding than cooking a potato tbh. I hate cooking as well. I also have nothing to lose so I’d go all in. I would just be the sacrificial lamb and I would just be happy to feel like part of a team. It would definitely be considered if I was asked if I wanted to go to war. Maybe I would be a war nurse? Then again I don’t do sciences anymore and I’m not that smart. I’m sure they would find something for me somewhere.

Oh, and to defend my case again, I don’t really like to cook. Maybe I got a good grade in my HE GCSE but that’s because it wasn’t based on taste. Having to put so much time into that one thing and cut literal onions is not my idea of a good time. I could learn for sure, but I won’t be a happy gal that’s for sure.

And one last quick question, could my counsellor come? Like I may have another couple of things to talk about if I were to go into a war zone. No? oh… we may have a problem

If it ever got to the stage that we had to start sending people over to war, they would have to have a pretty hard fucking think about who they are gonna ask to go. Like they may go with just men because that is the way it’s always been. But they may find themselves with a few Mulan type girls who sneak in without anyone knowing, or maybe they would be met by a group of angry Gen Zs. Then on the other hand us gals may all suddenly scuttle into some dark corner and cease to exist outside the home if they said women can go too. Like it really is a 50/50 chance and the war would probably be done by the time we’ve actually made a decision.

Hopefully, it never comes to that though because I don’t really want to have to sleep in the mud and get literal foot fungus or whatever, but then again I don’t wanna be that bitch who think men are the heroes, you know. It’s a tricky situation and I’m sure I will have a few restless nights over it but feel free to comment below on what you would do. I hope you have a great day, stay safe and stay yourself PERIODT.

Have You Amber Heard About This?

It comes as no shock that there is currently a trial between Johnny Depp and Amber Heard. Just to clear things up, Amber Heard is an actor… mostly. But for real I have never seen or heard of her ever before. I’m pretty sure Johnny said she was on Aquaman or something. All you need… END_OF_DOCUMENT_TOKEN_TO_BE_REPLACED

My Life Is an Unsuccessful Netflix Show

I don’t know what to call this feeling, but you know when you get a sudden realisation that this is in fact real life. Like you aren’t gonna start into a new season or a new episode of a show. You are just gonna start the next day with the same problems, the same things… END_OF_DOCUMENT_TOKEN_TO_BE_REPLACED

I don’t know if this is the social anxiety coming out of me right now but like for real I just let others decide who I am for real. Like it’s not that I’m fake, I’m just moldable? That sounds weird as fuck but like I will change my personality to suit the person I’m… END_OF_DOCUMENT_TOKEN_TO_BE_REPLACED